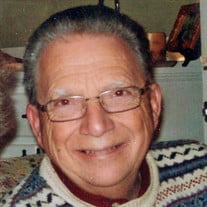 Thomas Dale Tolleson PhD, faithful Christian, loving husband, adoring father and grandfather, devoted son, treasured brother, friend and retired professor, passed from this life in the arms of his family on March 1, 2021, after an extended illness. Visitation: 7 to 8:30 p.m. Friday, March 5, 2021 at Way of Life, UPC, Hurst, TX, 1332 Yates Drive, Hurst, TX, 75063, where funeral services will be conducted at 1 p.m. Saturday, March 6, 2021. Burial will follow at Emerald Hills Memorial Park in Kennedale, TX. Thomas Dale Tolleson was born May 15, 1949, to T.W. and Dale Tolleson, in Jackson, MS. He grew up in Pearl, MS, and graduated from Pearl High School. As a young boy, he became interested in learning to play the piano. The first piano his father bought him was an old upright. Tommy was a little disappointed in it, but his dad told him if he practiced and kept learning he would buy him a new piano. So he did, and his dad bought him a new Baldwin Acrosonic which is still in his mother's house. After High School, he attended Mississippi College in Clinton, MS, earning a B.S. in Accounting in 1971. He then went to study gospel music at Gateway College of Evangelism in St. Louis, MO. While at Gateway, he served as one of the pianists for the college choir, chorale and Men's Quartet. He graduated in 1974 and returned to Jackson to teach music at Jackson College of Ministries (JCM) for a year. While in Jackson, he met the love of his life, Vicki Willhoite, and they married on September 10, 1976. Tommy had moved to Shreveport, Louisiana to be Minister of Music at King's Temple United Pentecostal Church, and he and Vicki lived there for two years. Tommy then served as Minister of Music and Christian School Administrator for several years in Augusta, GA and Cincinnati, OH. In 1984, Tommy returned to college and earned an Master of Business Administration at Augusta College in Augusta, GA. Their son, Chaden, was born during this time. After earning his MBA, Tommy began teaching accounting at Augusta College. He then decided to pursue a doctorate degree, so they relocated to Denton, TX, where he attended the University of North Texas and completed his PhD in accounting in 1996. He then became a professor of accounting at Texas Wesleyan University in Ft. Worth, TX in 1997. In 2014, he was diagnosed with Leukemia and received a bone marrow stem cell transplant with stem cells donated by his sister, Barbara. He recovered and was doing well for a couple of years before he began having other medical issues, including non-alcoholic cirrhosis of the liver and bronchiectasis in the lungs. His health continued to decline and he retired in January, 2020. While teaching at Texas Wesleyan, he was also involved in the music ministry of his church, Way of Life UPC in Hurst. He is survived by his wife, Vicki, son Chaden (wife Jhenyfer), granddaughter Isabella, who was the light of his life, his mother, Dale, and his sister, Barbara, and numerous cousins, aunts, niece and nephews, and many friends. He was preceded in death by his father, the late T.W. Tolleson. Serving as pallbearers will be Michael Cothran, Jonathan Little, Landon McKeehan, Malcom Sumrall, Colby Whitstine and Shawn Willoite.

The family of Tommy Dale Tolleson PhD created this Life Tributes page to make it easy to share your memories.

Send flowers to the Tolleson family.