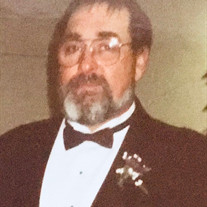 Robert "Bobby" Nolan Raney, a native of Abilene, Texas and long-time resident of Lewisville, entered into eternal life on Sunday morning, September 6, 2020. Military honors and committal service will occur on Thursday, September 17, 2020, 12:30 p.m. at DFW National Cemetery. Bobby Raney was born on June 2, 1950, the son of the late Cleveland Raney and the late Wanda Austin Raney. He was the fifth of eight children, raised in Brownwood, Texas .He was active in sports, and lettered in football. Immediately following high school, he entered the United States Air Force, serving almost four years. Those who knew Bobby best describe him as jovial and compassionate about family. He was kind, loving and generous to everyone he met. He was a great listener, and someone you enjoyed conversing with. Bobby loved music, playing the drums and watching football, especially the Dallas Cowboys and Texas Longhorns. He had an interest in race cars and enjoyed the intricacy of woodworking. He gave his life to The LORD and was a strong believer. If he had anything to say about his arrangements, he would say "we really don't need to make a big deal out of this." He would deeply appreciate everyone in attendance. Survivors include two daughters, Kimberly and Jennifer; his siblings, Janet Kelly and her spouse Clifton, Rodney Raney and his spouse Valery and Stacy Raney; aunts, uncles, many nieces, nephews and friends. In addition to his parents, he was preceded in death by siblings, Steve, Tommy, Glen and Terry. In lieu of flowers, the family requests a memorial in Bobby's name to The Wounded Warriors Project www.woundedwarriorproject.org .

The family of Robert Nolan Raney created this Life Tributes page to make it easy to share your memories.

Send flowers to the Raney family.