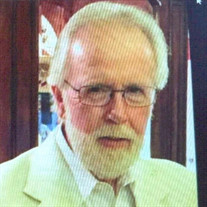 S. Jerry "J.R." Rushing, 79, loving husband and friend, passed away early Thursday morning, January 20, 2022 in Garland, Texas. Visitation: 10 to 11 a.m. Saturday, March 5, 2022 at Guerrero-Dean Funeral Home, 500 E Main Street, Grand Prairie, TX, 75050, followed immediately by a service at 11. Jerry Rushing was born on December 1, 1942, the son of the late Floyd Herman Rushing and the late Lilly Lois Kuhn in Greenville, Texas. His early years were spent in Greenville, Texas before the family moved to Grand Prairie. He attended schools in Grand Prairie and was a proud graduate of Grand Prairie High School, class of 1962. Always outgoing, Jerry retired after many years as a salesman, working for ARA Manufacturing and A1 Rentals. Over many years, he made friends in many areas of the United States. He is survived by his wife of thirty-nine years, Sherry Richards Rushing and a brother, Travis Rushing. In addition to his parents, he was preceded in death by a sister, Norita Rushing Hicks.

The family of Jerry "J. R." Rushing created this Life Tributes page to make it easy to share your memories.

Send flowers to the Rushing family.