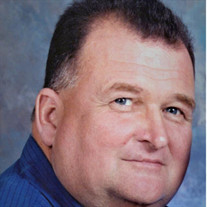 Jerry Ray Jackson, 69, passed away January 3, 2021. Jerry was born December 4, 1951 in Dallas, Texas to Ollie Ray and Ruby Jackson. Jerry attended Grand Prairie High School in Grand Prairie, Texas and accepted Christ as his Lord and Savior at a very young age. Jerry is preceded in death by his father Ollie Ray Jackson and his son Jerry Payton Jackson. His life and mind reflected one of peace, and his laid-back personality not only made those around him feel at ease but also made them feel very special. His love for the Lord enabled and afforded him the opportunity to fortify his nature of goodwill toward others. Jerry's deep devotion to his companion, child, grandchild and all family and friends, was commendable. Hard work and dedication were both things Jerry was well-known for. Working for C&P Pump Co. for 20 years was something he took much passion in. He was found to be a joy to work with by his coworkers as well as his employer, or as Jerry would say, his "brother" Paul Upchurch. Jerry's love for the Pittsburgh Steelers was well-known by all. He leaves many cherished memories with all he touched with his smile and genuine zest for life. Jerry is survived by his long-time companion Patricia Moore, Mother Ruby Jackson, Sister Edna (Travis), grandchildren Kayla Jackson, Katie and Jeffery "Lil Man" Jackson, Niece Tabatha Gray, Nephew Kenneth Caudillo, step-daughter Linsey (Jeff) Jackson, Daughter-in-Law Kelly Jackson, Godchild Charity Lee Ann Dossett, Special Friends Tracy and Linda Turner, as well as a host of aunts, uncles, cousins, coworkers and friends. Honorary Friends: Paul Upchurch, Jake Upchurch, Bubba / Donna Jackson, Tracy Turner, Donald Phillips, David Hollifield. In lieu of flowers, the family requests donations be sent to any of the various foundations available for the support and care of blind children.

The family of Jerry Ray Jackson created this Life Tributes page to make it easy to share your memories.

Send flowers to the Jackson family.