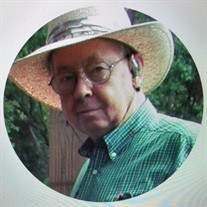 James “Jim” Leonard Martens (1943 - 2020) James “Jim” Leonard Martens, age 77, passed away peacefully in his sleep on Monday, Dec 7, 2020, in Hurst, Texas.  He was born in Peoria Illinois on Oct. 23, 1943 to William J. Martens and Elsie Pearl Bisco. He was raised with his three siblings - Antony “Tony” Martens, Everett Martens and Jessie (Martens) Hood. In 1961, at 18 years old, he went to Chicago looking for greater career opportunities. He worked at a variety of companies. One of his first jobs was selling candy bars door to door. He was one of their best salesmen. He then worked at Woolworth’s department store. Later, he was a bookkeeper at an accounting firm for two years. Jim moved to Los Angeles, California in 1966. There, he worked as a TV repairman and a Mortuary Attendant. He took each position seriously. He felt he had a deep responsibility to be a comfort to the families in their time of pain and loss. He took pride in offering a kind word to the family and showing great care and dignity to their loved one. He respected the spiritual aspect of the life and death process.  It was in California, Jim met Judy. On July 19, 1969 he married Judith (Judy) McIntyre in Inglewood, California. To this union three children were born: Jennifer (Martens) Lambertson, William James Martens, and Charles Daniel Martens. In 1973, he moved to Preston, Idaho, starting a life-long sales career in the irrigation equipment and supply industry. In 1974 he moved to Riverside, California and continued working in the irrigation industry. In 1976, Jim then moved to El Paso, Texas. In 1980, he made his final career move to Dallas, Texas.  In addition to his Dallas irrigation equipment and supply sales position, Jim had a teaching position at Tarrant County Junior College. He taught a preparation course for the Texas Licensed Irrigator Exam. He was quite proud of his contributions in helping compose the actual State Board Exam as well as helping many people pass the exam. He continued in the irrigation industry as a salesman and remained in the DFW area until his retirement in 2005.  Jim married Donna Claire Farmer on June 9, 1980 in Ardmore, Oklahoma and resided in Hurst, Texas. The couple did everything together. They frequently visited various local arboretums; went for walks; and attended local plays and musicals. Jim faithfully cared for Donna during her battle with cancer - until her death in 2013. They were married almost 33 years. In 2015, Jim met Jeanie McCullum. On March 20, 2016, Jim married Jeanie in a lovely backyard wedding. They enjoyed traveling, gardening, and updating their home. They were married almost five years. She was a constant companion and a positive inspiration for Jim during his last years. They continued to reside in Hurst, Texas until his death. Jim led a simple but full life. He appreciated old black and white movies and old music – particularly from the Big Band era. He loved his remote control - flipping between movies on the Time Warner Classics channel and anything on The History Channel. He often attended musicals and plays at local theaters. Jim was as avid reader. He welcomed challenging conversations and debates on various topics. Examining topics from nontraditional perspectives gave him delight - especially if he thought he had ‘shocked’ others with his ideas. He took pleasure in traveling and holiday trips. In his early years, he enjoyed road trips across the country. He liked vacations, seeing family, and doing research for his family tree. In his later years, he had fun going to Oklahoma to spend the day at the casino - playing the slot machines. He usually won more than he lost. This gave him a twinkle in his eye as he told of his successful day.   Jim had a long standing interest in studying, growing, and using alternative homeopathic medicine. He believed in the power of positive thinking. He believed your thoughts and actions impacted your life. He was very passionate about genealogy and doing research for his family tree. His favorite pastime was locating distant relatives and expanding the branches on his family tree. He was proud of the 90,000 plus people he added to his genealogy computer program. He could disappear in his office for days doing research. He is preceded in death by his parents and one son - William James Martens. Those left to celebrate his life are: His wife of 4+ years - Jeanie (McCullum) Martens; Siblings; Antony “Tony” (Lorene) Martens, Everett (Charlene) Martens and Jessie (Martens) Hood; Children - Jennifer (Lee) Lambertson, Charles Martens; Grandchildren - Kimberlee Hamm, Kaitlyn (Peter) Sandifer, Diana Lambertson; Draven Conner; Step-children; Jimmy (Dana) Boyles, Barry (Dasa Etheridge) Boyles, Cynthia (Chris) Rankin, Joseph Clayton, Jennifer (Steven) Trammell, and James (Ruby) Clayton; Step-grandchildren; Chelsey (Daniel) Boyles-Youman, Whitney (Ryan) Boyles-Phipps, Christina Raley, Cassandra (Reid) Raley-Barrett, Matthew (Felicity) Raley, Katy Simmons, Cage (Hannah) Clayton; Many great-grandchildren, nieces, nephews and cousins.  Celebration of Life Ceremony will be held at 11:00 a.m., Saturday, March 6, 2021, 100 Bear Creek Cemetery, Euless, Texas.

The family of James Leonard Martens created this Life Tributes page to make it easy to share your memories.

Send flowers to the Martens family.