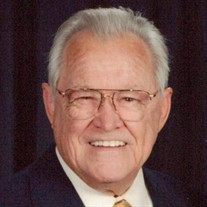 In a miraculous occurrence that only a sovereign Lord could orchestrate, Charles and Shirley Dunn went to heaven 4 ½ hours a part. Shirley departed this life and took her place in Heaven around 3:30 PM and Charles followed his love just a little after 8:00 PM. Charles Ray Dunn was born on August 28th, 1936 in Paris, Texas and was ushered into Heaven to spend eternity with His Savior the Lord Jesus on December 7th, 2020. Shirley Jean Ray Dunn was born on July 17th, 1941 in Grand Prairie, Texas and was ushered into Heaven to spend eternity with her Savior, the Lord Jesus on December 7th, 2020. Preceding Charles and Shirley in death are Charles’ parents Marvin and Stella Dunn and brother J.L. Dunn. Preceding Shirley in death are Shirley’s parents Bob and Oma Ray, and brother-in-love Ronnie Keith. Charles and Shirley are survived by their children, Jason Todd Dunn, Timothy Ryan Dunn, Charles Darren Dunn, and Laura Leigh Dunn Pettitte. Daughter-in-laws Michelle Dunn, and Debbie Dunn, and son-in-law Andy Pettitte, 13 grandchildren, Tyler Dunn, Mallory Thomas, Jordan Dunn, Jenna Dunn, Joshua Pettitte, Bryson Dunn, Brady Dunn, Jared Pettitte, Blair Dunn, Lexy Pettitte, Charley Dunn, Brett Dunn, Luke Pettitte; Granddaughter-in loves, Kaitlyn Pettitte, Kylie Dunn, Kayla Dunn, Cambrey Dunn, and Allie Zollinger (soon to be Allie Dunn); Grandsons in-loves, Clay Thomas, Steven Tabuena; 8 great-grandchildren. Charles is also survived by his brother Marvin Dunn Jr., and Shirley is also survived by her sisters Patricia Keith and Marsha Adams, and brother-in-law Tim Adams. Also survived by numerous nieces, and nephews, and extended family members and so many friends! Charles was a 1955 graduate of Paris High School and was a starting pitcher on the 1955 Paris baseball team that won the state championship. During that championship season of 1955, Charles threw 2 no-hitters!! Shirley was a sophomore, and Junior class favorite for Grand Prairie High School, a cheerleader, and was homecoming queen her senior year at Grand Prairie High. By the awesome sovereign hand of the Lord, Charles and Shirley met at the Silver State Youth Camp in Sedalia, Colorado having been introduced to each other by Shirley’s pastor’s wife Mrs. Louis Oldham. Charles and Shirley both attended the Bible Baptist Seminary in Arlington, Texas and graduated in 1961 and it was here on June ……1961 at the Calvary Baptist Church in Grand Prairie, where they were married and their life-long journey began. Charles pastored 2 churches in 45 years of ministry, the Calvary Baptist Church of Graham, Texas, and he was the Lead Pastor of the Central Baptist Church of Deer Park, Texas for 40 years….taking a church of 30 members and leading it to a peak membership of some 1,500 at one point. Only Heaven will reveal the number of souls saved and lives changed under the ministry of Charles and Shirley Dunn. In lieu of flowers, the family has asked that donations be made to the ministry of 2nd Mile Church of Fort Worth, where Charles and Shirley were active and faithful members. Donations can be made by going to the 2nd Mile Church website of www.2ndmilefw.com and clicking on the “donate” link. Officiant of the Service – Dr. Tim Lee Worship – Clay Thomas, Bryson Dunn, Jordan Dunn and Blair Dunn Pall Bearers: Tyler Dunn, Clay Thomas, Jordan Dunn, Steven Tabuena, Josh Pettitte, Bryson Dunn, Brady Dunn, Jared Pettitte, Blair Dunn, Charley Dunn, Brett Dunn, and Luke Pettitte.

In a miraculous occurrence that only a sovereign Lord could orchestrate, Charles and Shirley Dunn went to heaven 4 ½ hours a part. Shirley departed this life and took her place in Heaven around 3:30 PM and Charles followed his love just a little... View Obituary & Service Information

The family of Rev. Charles Ray Dunn created this Life Tributes page to make it easy to share your memories.

In a miraculous occurrence that only a sovereign Lord could orchestrate,...

Send flowers to the Dunn family.