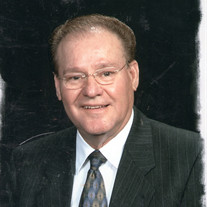 Andrew Villarreal, age 80, passed away on December 9, 2021 in Italy, Texas. Visitation: 5 to 7 p.m. on Tuesday, December 14, 2021 at Primera Iglesia Bautista, 201 Freetown Road, Grand Prairie, 75051 where funeral services will follow at 7. Graveside Service: 10 a.m. Wednesday, December 15, 2021 at Grand Prairie Memorial Gardens. Andrew was born in Forreston, Texas on February 4, 1941, the son of the late Rodrigo Villarreal and the late Marta Ortiz. He was raised in Waxahachie until the time of his marriage to the late Angelita Villarreal. They would move to Grand Prairie where Andrew worked ias an Aviation Electrician for the Defense Industry until the time of his retirement. They would raise their family in Grand Prairie and remain there until the time of her death on January 15, 2019. He is survived by his children; Andrew Edward Villarreal and his spouse Irene, Martha Villarreal; grandchildren, Stephanie Rae Blume, Veronica Ann Vela, Jonathan Ray Blume, Andrew Rene Villarreal and his wife Chelsea, Aaren Blade Garcia, Rylee Edward Garcia, Isaiah Andrew Villarreal, Aamryn Rio Garcia; great-grandchildren, Kamron Andrew Bugarin, Julian Andrew Villarreal, Jasmine Grace Villarreal, Nolan Presley Bugarin and Ayden Jake Garcia. In addition to his parents; he was preceded in death by a daughter, Priscilla Blume:

The family of Andrew Villarreal created this Life Tributes page to make it easy to share your memories.

Send flowers to the Villarreal family.