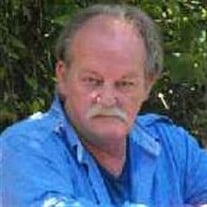 Thomas (Tommy) Michael Durbin, 69, of Garland, Texas, died December 18, 2019 at the VA Hospital in Dallas TX. Visitation: 10:30 to 12:30 at Guerrero-Dean Funeral Home, 500 E Main Street, Grand Prairie, Texas, 75050 where funeral services will follow at 12:30. Burial: DFW National Cemetery. Tommy was born May 22, 1950, in Rumsey, Kentucky, the son of Charles and Helen Durbin. Tommy was a loving son, husband, father, and pawpaw. He loved to fish, hunt, and ride his Harley. He was a third generation Air conditioning man for over fifty years. Tommy was a veteran of Vietnam, serving aboard the USS Ainsworth as an engine mechanic from January 4, 1972 to his honorable discharge on April 15, 1976 from the United States Navy. He and his wife Darlene (Dee) Germany Durbin began their marital journey together 41 years ago to the tune of Bob Seger’s song, “Someday Lady you’ll accompany me.” Tommy is survived by include his wife Darlene Germany Durbin; his mother-in-law, Margie Terry Petty Nelson; his oldest son Scott and Kristin Durbin, their children, Trenton, Carter, and Tanner; his youngest son Cory and Kymberlee Durbin, and their children Elizabeth, Evelyn, Abigail, Isaiah, and Olivia; her daughter Margie and Alan Campbell, their children Brad, Corey, Colten, Alan, Ashley, and Brianne and thirteen great grandchildren. Tommy is preceded in death by his parents Charles and Helen Durbin, son Anthony Jolly, and one great grandchild.

The family of Thomas Michael Durbin created this Life Tributes page to make it easy to share your memories.

Send flowers to the Durbin family.