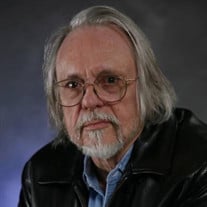 On May 6, 1936, in Center, Texas, a baby boy was born to Effie LaMerle Williams. She named him Sam Houston Williams Jr., and he would later have 2 sisters, Johnnie Beth Hogg and Rani Jamison. Growing up, Sam played baseball and enjoyed music and electronics. He was a drum major in the Center High School Marching Band, loved English and girls. He worked at the movie theater and even ran electrical for a church in Center at age 13. Sam’s grandparents, the Lovell’s, or better known to Sam as Big Mamma and Big Dad, lived across the street from the high school. After school, he would head to their house. Oh, how he loved them! His grandparents also had a neighbor who Sam fondly called Stolebarger. The three of them had a great influence on Sam’s life. At age 17 Sam enlisted in the US Navy. It was at that time he realized his birth certificate read “Sam Junior,” so for the rest of his life, he was known as Sam J. He hated the Junior part. It was also at this time that Sam met the love of his life, Hilda Marie Mahaffey, who was working at the local doctor’s office. Sam’s mom, Merle, told Hilda she needed to meet her son. Hilda was currently engaged to someone else, but when she met Sam, that all changed. They were married nine days later right before Sam left for the Navy. They would live all over the U.S. over the next 20 years. Vacation time was always spent going back home to Texas to see family. They had two daughters, Pamela Joye and Vicky Lynne. It was sometime after their births that Sam would come to know the Lord as his Savior. From then on, he served whole-heartedly in the church where he was living at the time. Sam went to every school the Navy offered in his field. He was very knowledgeable and earned many accommodations. His favorite place to serve was on submarines and he had many stories to tell about that. He retired from the Navy in Virginia Beach, Virginia, after 20 years of service in 1973 as an E9 Petty Officer. Sam accepted a job with Eastman Kodak in Dallas. He then moved his family to Grand Prairie where he lived for 47 years until his death. Sam loved his family and his Lord. He faithfully served at Calvary Baptist Church and Aurora Baptist Church as Deacon, Sound Engineer and Computer Tech. He built anything from TVs to numerous computers and sound boards. He was also the official Coffee Maker for Tuesday morning walkers at the church gym. His favorite place of service, however, was leading church groups to Branson. It was a great source of joy to both him and those who traveled with him. Sam and Hilda loved young people. During Pam and Vicky’s teenage years their home was a hangout. Hilda would never let anyone leave their home hungry and everyone always felt welcome there. A couple of times they even housed an out of town youth group who were attending the World Baptist Youth Conference. It could definitely be said of them, “they served the Lord with gladness”. In 1976 and 1977 Sam and Hilda had two new additions to the family: Pam married Ricky Eugene Stokes and Vicky married Bobby Ray Johnson. Not long after, much to their great joy, Jennifer Nicole Stokes and Amy Michelle Johnson were born in 1978 and 1979. Thereafter, Pamela Coye Johnson, Stefanie Marie Stokes and Adam Scott Johnson were born. As we all know, in life there are mountain tops and valleys. After the mountain top births, Hilda took ill and it was discovered her heart was dying. Heart transplants that you only read about in articles became a reality to the Williams family. In September 1991, at the age of 56, Hilda underwent the lifesaving procedure that gave her 10 more years with her family. Although it was not always easy on her, Sam and family were so thankful for the extra time given them. Sam never left her side. The very next year we hit another valley with the sudden loss of Vicky’s husband, Bobby. He was just 36 years old. Vicky was left to raise their 3 children and it was a very difficult time. But in 1996, Vicky married Alan Dale Black. They merged two families together and became their very own “Brady Bunch.” Sam and Hilda now had 3 additional grandchildren: Talyor Lauren, Mallory Brianne and Landon Alan Black. Although Bobby is sorely missed, Alan took Vicky’s children and raised them as his own. He’s been such a blessing. On Aug 3 2001, Sam lost the love of his life. It was on Rick’s birthday and Sam would always tease him that it was already a bad day. This loss shook the whole family, but many observed that even after 20 years, Sam never got over it. Sam’s family continued to grow as his grandchildren married. The following were added through marriage: Clint Fuentes, Richard Martinez, Jon Paul Davis, JT Lopez, Kevin Dube and Gloria Levander. The sweet Great Grand Babies that followed are: Ethan Fuentes, Bella Fuentes, Lucy Davis, Lilly Kate Davis, Corbin Lopez, Bridget Martinez, Maddox Lopez, River Dube and Cheyanne Lopez. What a legacy! Sam went home to be with the Lord on Thursday, December 16th, 2021, approximately 7 PM following a short illness. We can only imagine the homegoing he experienced which has brought a great comfort to his family. He had lived for that day… “and his faith became sight.” Sam is preceded in death by his loving wife Hilda Williams and his mother, LaMerle Fleming. He is survived by his daughters Pamela Stokes, Vicky Black and their families, his sisters Rani Jamison and Johnnie Beth Hogg, along with numerous nieces and nephews. Arrangements entrusted to Guerrero-Dean Funeral Home under the direction of Aaron King, Funeral Director.

On May 6, 1936, in Center, Texas, a baby boy was born to Effie LaMerle Williams. She named him Sam Houston Williams Jr., and he would later have 2 sisters, Johnnie Beth Hogg and Rani Jamison. Growing up, Sam played baseball and enjoyed music... View Obituary & Service Information

The family of Sam J. Williams created this Life Tributes page to make it easy to share your memories.

Send flowers to the Williams family.