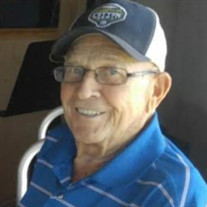 John Orion “John O” Briggs John Orion Briggs of Grand Prairie, Texas went to be with his beloved wife Delight, and sons John Michael and Steve on July 28th, 2021, along with other family and friends that passed before him into heaven. John O, lived a long, fulfilling, and productive life and the simplest pleasures in life brought him the greatest of joy. He truly loved cooking and doing for others and nothing made him happier than to make sure everyone felt welcome and truly believed in the motto “the more the merrier”. He also continued honoring the Lord by attending regular Mass every week at Most Blessed Sacrament Catholic Church in Arlington, Texas. As a long-time member of Rolling Hills Country club in Arlington, Texas, he loved playing golf until his body would no longer allow, but, moreover, the many friends and long-standing relationships he made there. It is nearly impossible to express how much he relished those times and the people who were all a part of that close-knit fraternity. John O was born in Independence, Wisconsin to Sydney Briggs and Irene (Nelson) Briggs on August 29th, 1931. He grew up in the area until a stint in the US Marine Corps took him to California for service. After returning from service, he settled in Ettrick, Wisconsin with his family until 1966, when he moved his family to Grand Prairie, Texas, to take over as Vice President at the Conover Company (Aircraft hardware). John O. had a long successful career while juggling work, fathering, AND mothering duties for his six children after his dear wife Delight Jean (Emmons) Briggs went to heaven before him in 1967. He almost single-handily raised his six children to be hard-working, productive, and fair. In fact, John O was honored as “Mother” of the year in on Mother’s Day 1983, in the Grand Prairie newspaper and on an NBC local news story. John O also made time to make sure his kids were exposed to things he loved growing up, like hunting, fishing, all outdoor activities, and sports. John O continued to work into his 70’s and retired from work life from Rheaco, Inc. in Grand Prairie, Texas. After retiring, he continued enjoying life by visiting friends at Rolling Hills regularly, sharing time with his long-time friend Daris Simmonds, watching the Texas Rangers and golf and especially enjoyed watching his beloved Green Bay Packers (he was a proud stock shareholder in the Packers) and cooking for family and friends. He also loved doting on his great granddaughter Kennedy Jo “Kiki” Boyd. John O will be sorely missed by many who loved him dearly. He is survived by brother Russell Briggs of Canal Winchester, Ohio, sister-in-law Carolyn (Mitchell) Briggs of Ettrick, sons Timothy (Julie) Briggs of Mansfield Texas, Terry L Briggs of Grand Prairie Texas, Susan Briggs of Irving Texas, and Mari L. Briggs of Grand Prairie, grandchildren Casey (Michelle, Abery) Boyd of Roanoke, Texas, Carson Briggs of Mansfield, great grandchild Kennedy Jo Boyd of Euless, Texas and numerous Briggs and Emmons nieces and nephews. He is preceded in death by wife Delight J (Emmons) Briggs, sons John Michael, and Steven, Father Sydney Briggs, Mother Irene (Nelson) Briggs, brothers Robert Briggs, sister Patricia, brothers Curtiss Briggs and Leland Briggs. A mass will be held at 11a.m., Saturday, August 21, 2021 at St. Bridget’s Catholic Church. 22650 Washington St. Ettrick, Wisconsin 54627. Burial will follow at St. Bridget’s Catholic Cemetery. A Memorial Service will be held at 11a.m. Friday, August 27, 2021 at Most Blessed Sacrament Catholic Church, 2100 N. Davis Dr. Arlington, Texas 76012. In Lieu of flowers the family asked that a donation be made in John’s name to either St. Bridget’s Catholic Church or Most Blessed Sacrament Catholic Church. Arrangements entrusted to Guerrero-Dean Funeral under the direction of Aaron King, Funeral Director.

The family of John O. Briggs created this Life Tributes page to make it easy to share your memories.

Send flowers to the Briggs family.