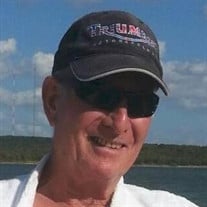 Harry Gene Bridges was born in England, UK, on December 4th, 1945 to Edna and Houston Bridges. Gene, as his friends knew him, grew up in Irving, TX alongside his brother, Billy and Linda. He graduated from Irving High School in 1965. In 1967, Gene enlisted in the Air Force. He served our country proudly for 33 years, obtaining the rank of Master Sergeant. A proud Vietnam veteran, Gene also served in Desert Storm, before retiring in 1998, continuing to serve in the Air National Guard as an aircraft maintenance technician until 2002. In Gene's personal life, he was known as a family man. If Gene cared for you, you were his family. He was always helping someone in need, giving of himself, and always involved in activities or organizations. Gene was an active member in the Moose Lodge 1818, the American Legion Post 81, and participated in various pool leagues. Following retirement, Gene spent his time riding his motorcycle, boating at Joe Pool Lake. Gene attended yearly family reunions at Beaver's Bend and always put a wreath om his father's grave for Wreaths of America around Christmas for charity. Gene enjoyed travelling, puzzles, and that good 50s music. He lived a life well lived, and he will live through us all in our memories, and in our actions. Gene is survived by his daughter and her husband, Ann Harkness and Chris Williams, his grandchildren, Regan Anderson and her Husband, Ali Umer, their daughter Sephirah, Jake Williams, Evan McCurdy, and MadiLynn Williams, his niece and nephew, Jack Brewster, Jamie Brewster, her husband Brian Powers, and their daughter Kayla. His companion Deonia Boykin, and her grandchildren Averie and Aydenn. Gene also has remaining extended family members of the Bridges family in both the US and UK. Gene is preceded in death by Edna Histon-Bridges (mother), Houston Bridges (father), Linda Brewster (sister), and Billy Bridges (b Visitation: 10:30 to 12 p.m. Wednesday, May 19, 2021 at Guerrero-Dean Funeral Home, 500 E. Main Street, Grand Prairie, TX, 75050 where funeral services will immediacy follow at 12. Burial: DFW National Cemetery.

Harry Gene Bridges was born in England, UK, on December 4th, 1945 to Edna and Houston Bridges. Gene, as his friends knew him, grew up in Irving, TX alongside his brother, Billy and Linda. He graduated from Irving High School in 1965. In 1967,... View Obituary & Service Information

The family of Harry Gene Bridges created this Life Tributes page to make it easy to share your memories.

Send flowers to the Bridges family.