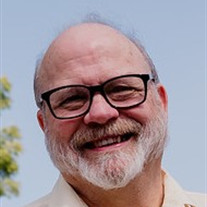 Clarence Robert Mason, 68, went home to be with his Lord and Savior on October 11, in Nashville, Tennessee. Lovingly known as Bob, Bobby or Robby, he passed away with his children and brother at his side. Bob was born on May 2, 1953, in Bald Knob, Arkansas, to Clarence and Imogene Mason. He grew up alongside his beloved brothers Kent and "Chief." He graduated from Henderson State University in Arkadelphia, Arkansas, with a Bachelor of Arts Degree in Music Education. He then moved to California, to further his education at Melodyland School of Theology, where he met his beloved wife, Debbie. They were married in 1978, their lives and ministry converging as they moved to Dallas, to teach at Christ for the Nations Institute. Thus began decades of travel and ministry together. After serving as a pastor and worship leader in Dallas, Bob founded Missions International in 1997. Since its inception, Missions International has funded, built, and equipped hundreds of churches, schools, orphanages, ministry centers, and medical outreaches all over the world for almost 25 years. All the while, Bob earned a masters degree and continued to pursue a doctorate. Above all, his greatest priority was his family. He was a beloved father and friend until his last breath. Bob lived his life obedient to Christ's call to love all people. Many of us know this deeply because we felt his love for us. We saw Christ through his actions and his words. He was a giant in the faith, a pioneer in church music, a stubborn, loyal and trusted friend, and a spiritual father to so many. He is survived by his children, Daniella and Christian, his son-in-love Christopher, his brothers Kent and Joe and numerous extended family. He is preceded in death by his parents, Clarence and Imogene, as well as his beloved wife Debbie. Donations can be made in Bob's honor at www.missionsinternational.org Services are October 26, 2021 at Gateway Church, Southlake Campus, 700 Blessed Way, Southlake, Texas 76092. Masks and Social distancing requested by family. Live Streaming will be available. Viewing -10:15 am Service -11:00 am Graveside to follow. Bob will be buried beside his wife, the late Debbie Marocco Mason at Lonesome Dove Cemetery.

Clarence Robert Mason, 68, went home to be with his Lord and Savior on October 11, in Nashville, Tennessee. Lovingly known as Bob, Bobby or Robby, he passed away with his children and brother at his side. Bob was born on May 2, 1953, in Bald... View Obituary & Service Information

The family of Bob Mason created this Life Tributes page to make it easy to share your memories.

Clarence Robert Mason, 68, went home to be with his Lord and...

Send flowers to the Mason family.